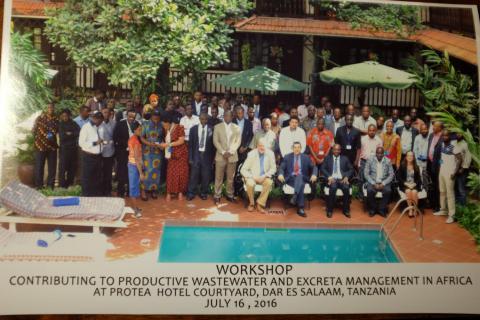 “Safari” means journey in Swahili, one of the main languages in Tanzania. Although, the Global Water Pathogen Project (GWPP) team didn’t take a Safari to a national park, they took a journey to the capital of Tanzania, Dar es Salaam, for the third in the series of user community workshops after Leeds in the UK and at the University of North Carolina-Chapel Hill, USA. On July 16th, 2016, five GWPP members and 96 participants met at the Protea Marriot Hotel prior to Africa Water Week. The participants were a mix of researchers, public health professionals, government workers, and engineering consultants from 25 of the 30 regions in Tanzania as well as several representatives from Kenya and Burkina Faso. Organizers from the GWPP team included Panagis Katsivelis (Agroknow), Drs. Douglas Mushi and Huw Taylor (Indicators and Microbial Source Tracking Group), Alexandros Makarigakis (UNESCO), and Dr. Colleen Naughton (Sanitation Technologies Team). The goals of the workshop and Africa Water Week participation were to create a regional network and identify champions for GWPP as well as get feedback for the website and ideas for potential case studies.

Following a general introduction of the GWPP by Drs. Makarigakis and Taylor, Mr. George Lugomela, Assistant Director of Water Resources Management at the Ministry of Water and Irrigation in Tanzania, gave the official opening of the GWPP workshop. Mr. Lugomela stressed the GWPP’s importance in the context of the Sustainable Development Goals for Africa and Tanzania stating that the “Access to sanitation is both the cause and consequence of poverty”. See the GWPP flier for more details on how the project can aid in achievement of the Sustainable Development Goals.

Afterwards, each of the participants introduced themselves, their work, and challenges in the water and sanitation sector. Similar to much of Africa, participants cited statistics from their regions where access to clean water is less than 80% with even lower levels of access to sanitation (between 30-60% with less than 10% sewerage treatment) and high levels of open defecation particularly in rural and coastal areas. In fact, many of the regions in Tanzania are struggling to control cholera outbreaks. Africa is the furthest behind other continents in terms of access to water and sanitation where access to sanitation actually decreased in much of the continent during the period of the Millennium Development Goals. Thus, as demonstrated throughout the workshop, the GWPP has a large potential to help users in Tanzania and throughout Africa to access resources regarding the different types of pathogens, their detection, and appropriate sanitation technologies for their removal. 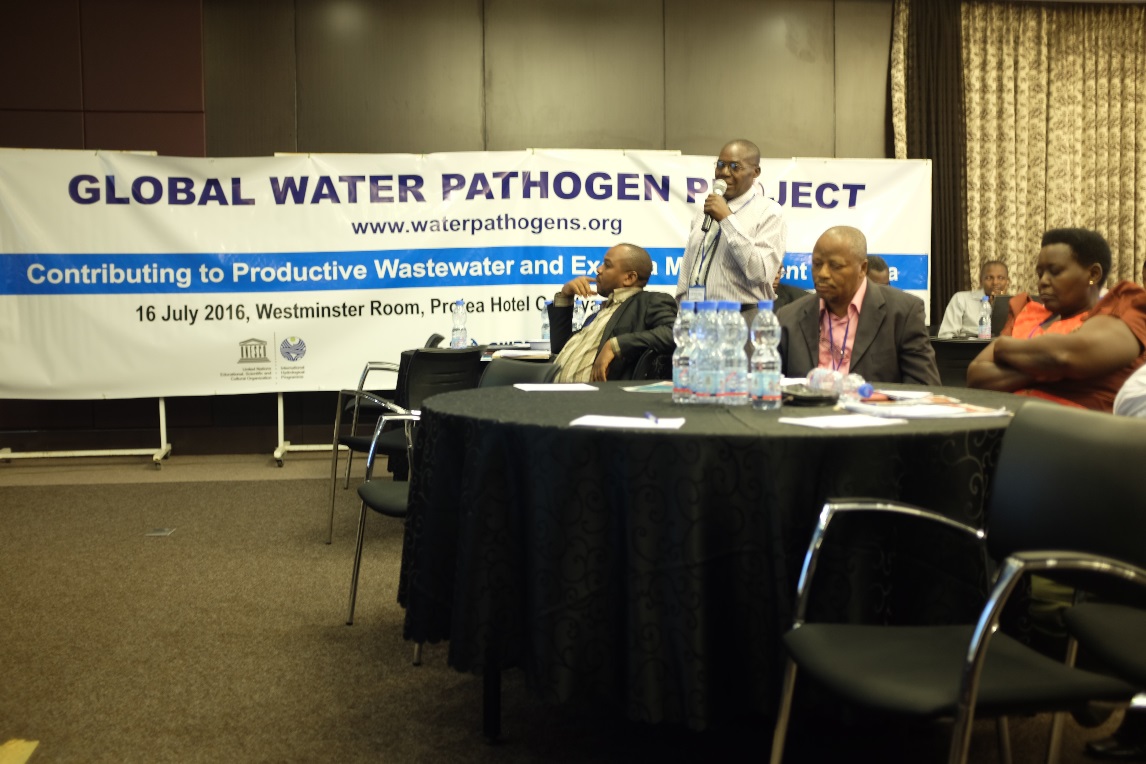 Figure 2. Participants introducing themselves and describing their background and challenges in water and sanitation

Following the introductions, Panagis Katsivelis gave a website overview and then Drs. Mushi, Naughton, and Taylor hosted a panel discussion with case studies related to their work on the GWPP followed by questions and answers from the audience. Participants were extremely interested in the project and major questions centered on the indicators used to detect viruses, the case study in Haiti presented by Dr. Taylor using lime to treat excreta in emergency situations, and the ability of technologies such as Waste Stabilization Ponds to deal with high influent concentrations. 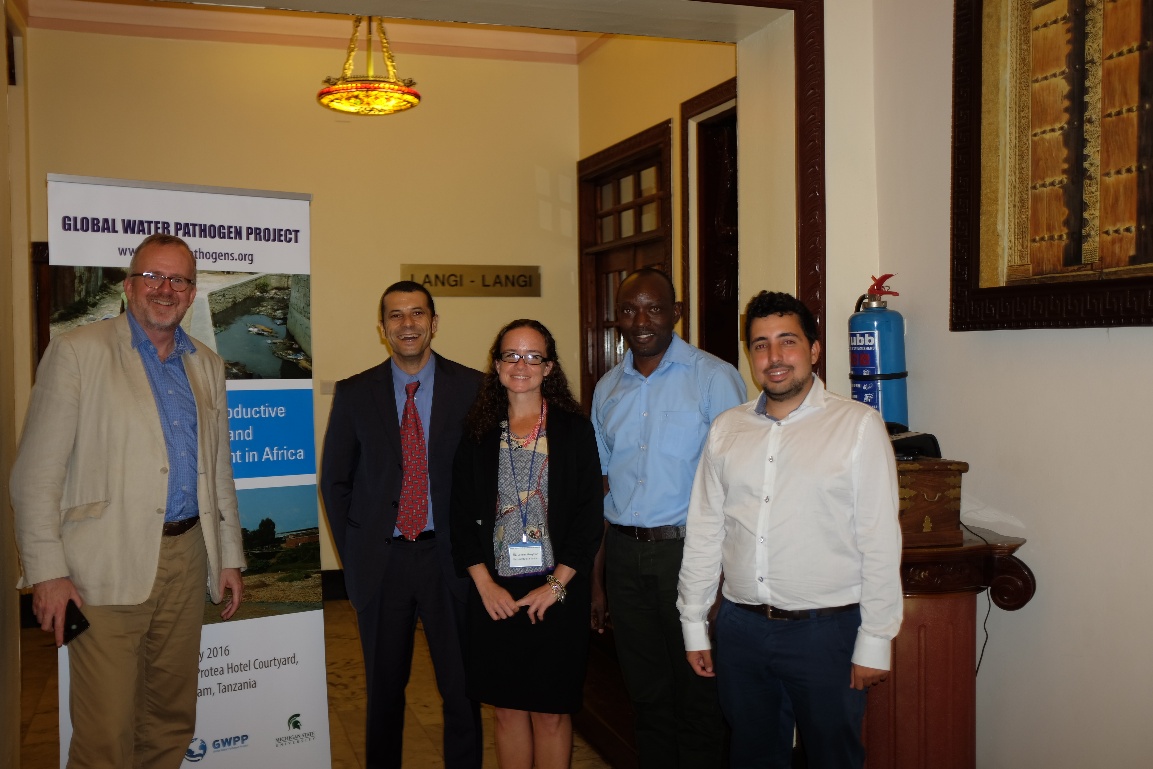 At the end, users were given a survey to fill out for their feedback regarding the project and workshop that is also available online. Participants were extremely appreciative of the workshop and the potential of the GWPP. A participant wrote on their survey that “The GWPP is a very important project that will help my country improve wastewater management systems as well as raise the knowledge among practitioners on sanitation issues in the country.” Nevertheless, many felt that one day was too brief for the workshop and recommended 2-3 days to properly cover the material. Some major outcomes/suggestions of the survey included the following that reinforced the previous workshops:

Overall, the workshop was successful in accomplishing the major goals to begin creating a regional GWPP network in Africa by identifying champions in the workshop and gathering their feedback and experiences for the website and future case studies. There is still much work to do, and the journey is not over. See the continuation of GWPP’s safari in Tanzania in a follow up article on GWPP’s presentation in a technical session at Africa Water Week.