This chapter covers the potential for exposure to pathogens and some associated health implications associated with different on-site and off-site collection and conveyance excreta and wastewater systems. Readers interested in learning more about off-site conveyance can learn more about the fundamental hydraulic, chemical, and biological processes occurring in sewers and how they impact design, operation, and maintenance can find information in other sources (e.g., Hvitved-Jacobsen et al., 2013).

1.0 Types of Collection and Conveyance Systems

There are two types of collection and conveyance systems for excreta, faecal sludge and wastewater:

1) on-site systems that typically serve one or a few households, and

2) off-site systems that serve multiple households and a community. Figure 1 provides a quick comparison of such systems. All the different systems depicted in Figure 1 can lead to improvements in public health. On-site systems result in a larger number of dispersed conveyance points while off-site systems will have fewer conveyance points. However, if not designed, located, or managed properly, all the systems depicted in this figure can spread environmental pollutants and pathogens into neighborhoods and the environment.

For centralized off-site conveyance systems, in many parts of the world only a small percentage of wastewater that is collected is conveyed to a properly designed and managed treatment plant. The remaining wastewater may be only partially treated or directly discharged into the environment without any treatment. In fact, approximately 85-95% of collected wastewater is now discharged to the environment without treatment in low resource countries, contaminating many waterways that impacts human health, economic well-being, and the environment (Connor et al., 2017). This is a reason Sustainable Development Goal (SDG) Target 6.3 seeks to halve the proportion of untreated wastewater.

On-site systems can be a very effective way to safely manage human excrement, recover resources, or return water back to local watershed. However, they have been implicated with pollution of groundwater and/or surface water. For example, a study investigating nitrate (NO3-) contamination (a measure of excessive discharge of human excreta) of shallow groundwater near residential developments showed the concentration of nitrate in shallow groundwater is lowest in undeveloped areas and increases in residential areas served by sewers and then increases even more in residential areas served by on-site systems (MPCA, 2017).

Also, if not properly designed, regulated, and operated, on-site systems situated below ground (e.g., unlined latrine pits, septic tank systems) can convey high loads of viable pathogens to the local environment. For example, on-site systems (in this case a septic tank integrated with a soil absorption system) have been found to contribute to faecal and other environmental contamination to groundwater and watersheds, especially at higher system densities (in these studies, > 15-87 on-site units/km2) (Yates, 1985; Sowah et al., 2017). Other studies have reported that a high density of on-site systems contribute to increase infection of diarrhea in children (Borchard et al., 2003). Feachem et al (1983) has also reported there is evidence that conveyance of excreta is partly responsible for the high levels of Ascaris egg contamination found in the soil collected in urban environments.

On-site systems are unfortunately often neglected by regulators, managers, and homeowners, which can lead to system malfunction. Many on-site systems located in developed countries are reported to be operating at a lower level of performance because of lack of “adequate, consistent, integrated, and/or enforced regulatory control” (Withers et al., 2012; Gorman and Halvorsen, 2006). This is important because in many parts of the world (e.g., U.S., Europe, and Australia) 20-26% of households are served by on-site wastewater systems (Withers et al., 2012; EPA, 2014).

Contamination of groundwater by microbial constituents is less likely to occur when the vertical distance between the bottom of the wastewater or excreta discharge system and the highest groundwater level is never < 2 meters and preferably > 5 meters, on either fine sand or clay soil (Pickford, 1995; EPA, 2002). However, there are other situations where on-site systems may lead to groundwater contamination. For example, when: 1) soil porosity is very high and/or the groundwater table is shallow; 2) population density is high with many small residential lots; 3) infiltration units that follow a septic tank are improperly submerged in groundwater or located close to a surface water (WHO, 2016).

Studies suggest hydrologic exfiltration from a sewer may be 1.5 to 10% of sewer flow (Reynolds, 2003; Ellis et al., 2003). This may lead to groundwater contamination or interaction with leaks in drinking water distribution system if it is under low or intermittent pressure.

Wastewater and stormwater are sometimes collected and conveyed in combined (stormwater and wastewater in the same pipelines) or separate (stormwater and wastewater in different pipelines) systems. Conveyance systems that separate these two sources of water are more common for newer systems, while combined systems are more common in older urban locations. Stormwater runoff from streets, yards, and other urban features does contain environmental pollutants (Sidhu et al., 2013); however, there are reasons a planner would want to separate domestic wastewater and stormwater. For example, a combined system can receive a very large volume of water during a storm event (that could be rainfall or melting snowfall). This wet weather flow can enter the combined conveyance system through stormwater catchments, roof piping, sump pumps, yard and foundation drains, and manhole covers. Ultimately, this wet weather flow can result in a conveyance system (or connected off-site treatment plant) receiving a much larger volume of water than it is designed for, thus leading to an overflow event. The combined sewer overflow (CSO) is then released with minimal or no treatment.

Combined sewer overflows are a major water pollution problem in cities around the world and are associated with a wide variety of pathogens discharged to surface water (e.g., Geldreich, 1996; Gibson III et al., 1998). They are also recognized as a contributor to marine and freshwater litter pollution as municipal solid waste can enter stormwater collection systems. Improperly managed solid waste can block stormwater drainage pipes, leading to spills and even flooding. Sewer overflows are also important for public health because they often occur in locations with high public access and thus exposure (e.g., recreational beaches). They also may cause economic and social losses from impairment of receiving waters, beaches, and closing of shellfish beds.

As written in the chapter on Sludge Management: Biosolids and Faecal Sludge, faecal sludge is a distinct type of wastewater sludge that is generated on-site (e.g., discharge to toilet/latrine pits and septic tanks) and is not transported through a sanitary sewer. Many references specifically address faecal sludge management (e.g., Strande et al., 2014; Semiyaga et al., 2015; World Bank, 2017). Faecal sludge that has aged in a pit or tank is expected to have reduced pathogen levels because of aerobic and anaerobic biological processes that occur in the pit (as long as the input of pathogens has been shut off so new pathogens do not enter the system). Furthermore, helminth egg concentrations can be very high in faecal sludge collected from toilet/latrine pits and septic tanks compared with wastewater (Semiyaga et al., 2015).

There is potential for increased human health risk associated with exposure to pathogens present in the faecal sludge during the collection of the material and subsequent conveyance to a treatment or disposal facility. Thus, design and management of on-site systems (toilet/latrine and septic) must also consider safe and affordable collection and conveyance of the contents (Koné, 2010; Murray et al., 2011; Chowdhry and Kone 2012; Murungi and Dijk, 2014). In fact, less than one quarter of the faecal sludge produced in a twelve-city study was estimated to be safely managed. One reason for this is because as currently practiced, faecal sludge management is mostly unplanned and managed by nonregulated informal private entities (WSP, 2014). Important to this chapter, as the faecal matter moves through the sanitation service chain, there may be a large loss of it (and pathogens associated with the waste) to the urban environment before it reaches treatment and disposal. This example is not to say that decision makers should advocate only for centralized off-site systems. On-site systems can be managed properly, have a continued role to play in rural and urban settings, and offer flexible solutions and opportunities for innovation.

Figure 2 shows some examples of collection and conveyance of faecal sludge as practiced in some parts of the world. Strande et al. (2014) provide many design examples for technologies to manage faecal sludge. 4.0 How the Type of Collection and Conveyance System may Impact Human Health 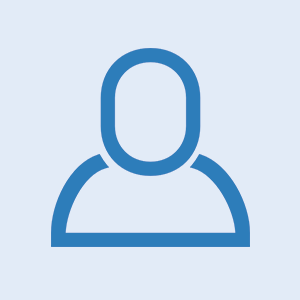